Today, it is my privilege to host #RWISA author, Wendy Scott. Please scroll down to read her featured piece, The Awakening. 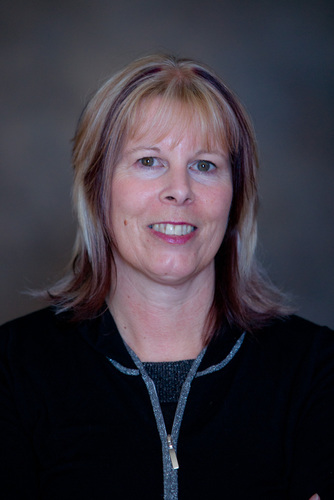 The Awakening by Wendy Scott

(An excerpt from ‘Prophecy and Pirates’ my unpublished first fantasy novel).

Evarna gazed at the tinker’s sleeping form and resisted the urge to trail her fingertips through Rick’s locks. For both their sakes she had to leave now before he awoke. They lived in contrasting worlds; he roamed the forest with a free spirit, but as an aristocrat’s bastard, she battled the protocols and restrictions of the Baron’s Court. As satisfying as this romantic interlude had been, she must be on her way.

The chill of the morning air vanquished the warmth she’d experienced in his arms as she eased out of the feather quilt. She untangled her discarded clothes from his and slipped into them. Last night they’d been shed as the lovers had fumbled toward the bed in a lip-locked embrace.

The wagon’s interior was a treasure trove, and she wished she had more time to explore. The shelves jammed with instruments, jostled scrolls, and jars filled with curious items drew her gaze. On the window ledge two doll-sized chairs nestled a miniature table. Evarna’s hand hovered close to a silver harp, itching to touch the strings, but she lowered her hand before her fingers betrayed her. What nonsense. A tone-deaf goose possessed more musical ability than she did. Rick wouldn’t appreciate being woken by the sound of mutilated chords.

His abode hinted at depths of character she wanted to delve deeper into. For a moment she lingered at the door and glanced back at his tousled hair. The urge to dive back under the covers and cuddle up against his muscular length was almost more than she could control. Instead, she averted her gaze and whispered, “Farewell, Tinkerman.”

Sighing, she stepped outside. Tail thumping erupted from between the wheels, pinpointing where Stitch had spent the night. Usually, her dog made a fuss about always bedding down next to her. She felt a blush bloom on her cheeks. Last evening she hadn’t given her furry friend a moment’s thought after the tinker’s first kiss.

A moist tongue licked her hand, and the dog leaned against her legs as she stroked his fur. She kept her voice low. “Hey, boy. Time to go home.”

Stitch stalked over to the fire pit and stared into the suspended pot. Evarna chuckled and fed him the remains of yesterday’s stew.

“Not feeding you. Now, that’s something you would not easily forgive.”

The sound of horse hooves drifted off into the distance. Rick’s eyelids snapped upwards, and he bounded out of bed. He hummed as he gathered up his clothing and tossed them on the mussed up bed, ignoring the tapping sounds emanating from the small window above the door.

Naked, he jerked the door open, streaked across the camp, and plunged into the lake. The surface churned into a maelstrom of white water as he re-emerged onto the shore. Huffing, he sprinted back into the wagon, his breaths trailing him like mist.

Two small, winged creatures swooped and followed him through the ajar door. Their tiny wings shimmered like rainbows as they swirled around his head before landing on his pillow. Twin pixie expressions peered up at him, their violet eyes gleaming with mischief. Golden hair framed identical faces and the easiest way to tell them apart was by the colour of their gowns. Yasmin favoured pastel pink, while her sister, Jasmin, wore lavender to compliment her eyes.

“Hrumph! You shut us out.” Yasmin pinched her nose. “We had to snuggle up to a smelly dog to keep warm. Now you’ve got yourself a lady friend, you think you can ignore us as if we’re not good enough company anymore.”

“I don’t understand what you see in her.” Jasmin crossed her arms and glared up at him. “She doesn’t even have wings!”

Elbowing her sibling out of the way, Yasmin flicked her hair so wildly it swept over and covered her face. From beneath the cloud of hair came a muffled voice, “I thought you’d prefer blondes.”

Rick grinned down at the pair of outraged pixies, drawn up to their full height of six inches. “And pray be, how was a poor fellow supposed to choose between two such lovely ladies as yourselves?”

The sisters clasped hands. “He’s got a point there; we could never let a mere gyp come between us.”

“The tinker is lucky that we give him the time of day. Fancy him thinking he’d be acceptable to either of us.”

Rick shook his head, showering the pixies with droplets of the water. They both squealed and scurried backward.

“Stop mucking around and put some clothes on for goddess-sake.” Jasmin wrung the water from her gown.

After a token pass with a towel Rick grabbed his pants and began dressing. “Evarna is the one I’ve been searching for. The prophecy foretold her arrival.”

“How can you be sure she’s the one?” Jasmin waggled her finger.

He placed a hand on his chest. “Her magic awakened my heart. So we must gather all the fairy folk we can and march for Carnavalla.”

Yasmin plucked a dog hair from her dress and brandished it like a sword. “And how do you expect we’ll find the lost city of the Gypnees? Legend says it disappeared hundreds of years ago.”

“Carnavalla was hidden from mortals on purpose, it’s only sleeping and I’ve several gyp tricks I haven’t shared with you.”

Rick frowned. “Unfortunately, Evarna’s in for a few magical surprises. I’m going to have some explaining to do when we next meet. I hope my future wife is the forgiving type.”

Yasmin arched her brow. “But does she love you?”

“Of course she does, she just doesn’t know it yet.”

Thank you for supporting this member along the WATCH “RWISA” WRITE Showcase Tour today! We ask that if you have enjoyed this member’s writing, please visit their Author Page on the RWISA site, where you can find more of their writing, along with their contact and social media links, if they’ve turned you into a fan.

We ask that you also check out their books in the RWISA or RRBC catalogs. Thanks, again, for your support and we hope that you will follow each member along this amazing tour of talent! Don’t forget to click the link below to learn more about this author:

This site uses Akismet to reduce spam. Learn how your comment data is processed.

Hot Tea anyone? Write to mix. Publish to blend. Review to taste. Recycle 2 Restyle™ your health, career, and business while stylishly aging and achieving success with limited resources.

"The beauty of the soul, the real me and the real you, can outshine any challenge." ~ Karen Ingalls

Random ponderings on the state of the Universe

A Crack in the Pavement

Writing In A World Of Randoms

The best Mommy advice on all things girls/kids

A place where you can sample and purchase all the written works of Author, Nonnie Jules.

Welcome to the World of Suzanne Burke.

It's a writers world, a world that seeks to explore and entertain

Books and music - It's all about words!